Wanted Man: On The Trail Of Johnny Cash 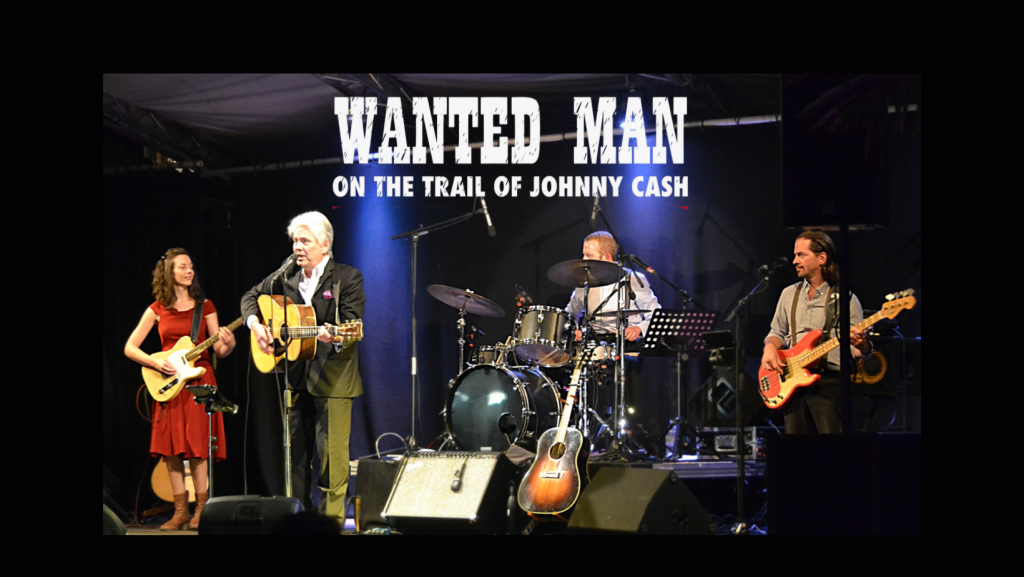 If you want to Walk the Line the crowd will follow. At least that’s what happens when M.Soul performs his international show Wanted Man On The Trail Of Johnny Cash. The Man in Black touched the lives of people around the globe and M.Soul connects with Cash fans of all ages wherever he plays.

M.Soul’s own musical journey was shaped by Cash’s music in one way or another. As a child, he delighted in songs like A Boy Named Sue and was captivated by stories about Cash’s turbulent life.

In 2003, M.Soul got a band together with the goal of paying homage to the artists renowned body of work. Sadly, Cash passed away that same year and since then M.Soul has played more than 300 Wanted Man shows across North America.

Listening to M.Soul perform hits like Ring of Fire and Folsom Prison Blues will bring you back to the first time you heard Cash’s deep baritone floating over the airwaves.

Now, living in Strasbourg, France, M.Soul is playing with a new band and his Wanted Man show has gained a significant European following.

Wanted Man has made M.Soul a recognizable figure in the French country music scene. M.Soul has been nominated by the Country Music Association of France for Male Vocalist of the year and for Album of the Year for Don’t Take Your Guns to Town, which was recorded off the floor and consists of 16 songs originally recorded or written by Johnny Cash himself.
Wanted Man On The Trail of Johnny Cash
is a celebration of the Man In Black.

The show kicks off with the outlaw energy of Cash’s first songs at the beginning of the Rock ‘n Roll era and follows his career up to his reign as King of Country Music.

Enter June Carter and a 5 songs duet, which indeed does include Jackson, that pays tribute to their lifelong love and mutual devotion.

June then brings the audience back to the 1920s to the very beginning of country music with songs made famous by the Carter Family.

Wanted Man’s five-voice harmonies then resonate gloriously in the trio of gospel songs that bring you back to church on Arkansas Sunday morning.

The unplugged performances presented in a simple and direct fashion of Cash’s final work leaves the audience astounded.

Wanted Man On The Trail Of Johnny Cash is a moving and sincere homage to a true American original.